When I was in prison you visited me 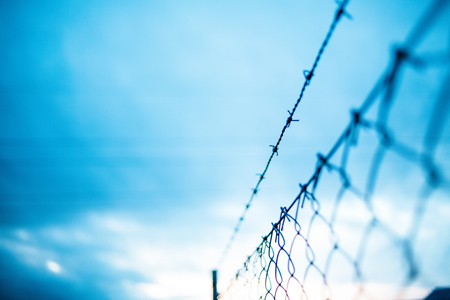 Prison ministry is a core part of the mission of the Divine Word Missionaries in the Central Australian district, and while this ministry can take many forms, it is essentially about simply being present to people in prison, human to human, bringing the love of Christ.

Province Mission Secretary Fr Truc Quoc Phan SVD, was recently in Alice Springs when he was asked to officiate at a liturgy inside the local prison for a man who had recently died in his community 280km away, but whose family members in jail had not been able to attend his funeral.

“I was filling in at Santa Teresa and Alice Springs while the parish priests were away on other business,” Fr Truc says.

“I was asked to celebrate this liturgy which really spoke to me of the mercy of God.

“The deceased man had died in his local community and the funeral had taken place there, but some family members were in prison in Alice Springs and had not been able to attend the funeral.

“They wanted to have a farewell for the deceased. It was very important to them culturally to do this.”

Arrangements were made with the prison authorities to bring the man’s casket into the prison and a simple but beautiful liturgy was held.

“There were the prayers for the dead as well as songs which they were all familiar with and then some memories were spoken of the deceased person and the person was farewelled,” Fr Truc says.

“It was really beautiful actually and allowed us to care not only for the deceased, but also for those suffering over his death, many kilometres away, in jail.”

Fr Truc says his homily focused on hope and remaining positive even in difficult situations.

“Our SVD confreres in Alice Springs are very committed and faithful to prison ministry and this experience during my visit there showed me again how very important it is for us to be with people, no matter their situation,” he says.

“Jesus came to liberate sinners and set prisoners free, either spiritually or physically. Sometimes, just accompanying people in their situation and caring for their needs, can bring a liberation.”