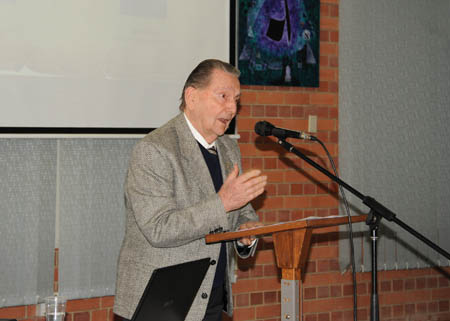 A new book on missionary life, by Fr Ennio Mantovani SVD, was launched during the SVD Mission Day activities in Melbourne this month.

Fr Ennio’s book, 'Sixty Years of Priestly and Missionary Life: The History of a Journey', is a reflection on his priestly and missionary life and on the changes that took place in the understanding of both the priesthood and the missions.

“These changes for me were caused by my encounter with the people of Yobai (in Papua New Guinea), their culture and religion, as well as by the Second Vatican Council, especially by the document on the missions and on the laity,” he says.

“The encounter with the religion of the Yobai people got me interested in the theory of evolution. This new interest, coupled with my background in cultural anthropology enabled me to deepen my faith and to express it anew in the new paradigm of evolution.

“The role of culture in religion is known but not that of the theory of evolution. The sharing of my ongoing journey of faith might help my readers in their own journey.”

In launching the book, Fr Albano Da Costa SVD said Fr Ennio’s book was “a culmination of many years of Ennio’s learning and testing of his revolutionary missiological ideas as a Divine Word Missioanry while at Yobai”.

“This collection of several essays in a book form is almost Fr Ennio’s autobiography of his religious missionary life,” Fr Albano said. 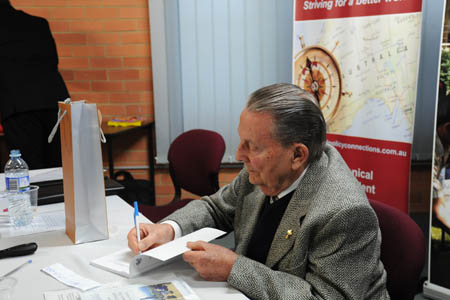 In response, Fr Ennio said that to understand his book, one needs to go back to Jesus at the last meal with his disciples.

“During that meal, Jesus promised us the Spirit of truth who would guide us on the way towards the full truth,” he said.

“This book is the history of my journey guided by the Spirit. The diamond jubilee of my ordination to the priesthood as a Divine Word Missionary gave me the opportunity to look back and reflect on my journey.”

Fr Ennio said that in his missionary life he was guided by the words of John 1:5: “The light shines in the darkness and darkness could not overpower it”.

“As a consequence my task as a missionary was not to bring the light where there was darkness, but to discover the light that was already shining; it meant to continue the divine human dialogue that has been going on from the beginning. The people of Yobai among whom I was working were not sinners I had to save from damnation, but people already in dialogue with the heavenly Father.

“The challenge, however, consisted in the fact that God’s revelation and the human response took place in cultural terms.” 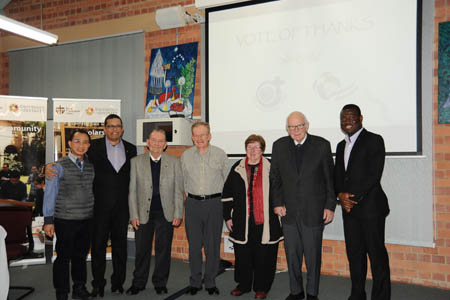 Fr Ennio said to meet this challenge, theological preparation for cross-cultural missionaries needs to be accompanied by social and religious sciences.

'Sixty Years of Priestly and Missionary Life: The History of a Journey' is Fr Ennio’s fourth book of reflection on his life as a missionary.

After his 15 years as a missionary in the PNG highlands, Fr Ennio worked for 20 years at the Melanesian Institute in Goroka, PNG, researching, lecturing and writing on Melanesian religions and cultures. In 2003 he took up residence in Melbourne and began teaching full-time at the Yarra Theological Union until his retirement. He is currently based in Preston Parish in Melbourne.

The book launch was part of the annual SVD Mission Day in Melbourne, which this year explored the theme, ‘A Missionary Impulse Capable of Transforming Everything’.

Guest speakers at the Mission Day Seminar at Yarra Theological Union in Box Hill were husband and wife leaders in education and mission, Therese and Jim D’Orsa. The day also included a celebration of the Eucharist at St Paschal’s Chapel and a shared multicultural meal at the SVD’s Dorish Maru College.